Patronage: Faculty of Material Technologies and Textile Design at the Lodz University of Technology.

Cooperation: (we present several of many companies).

Theater at our school 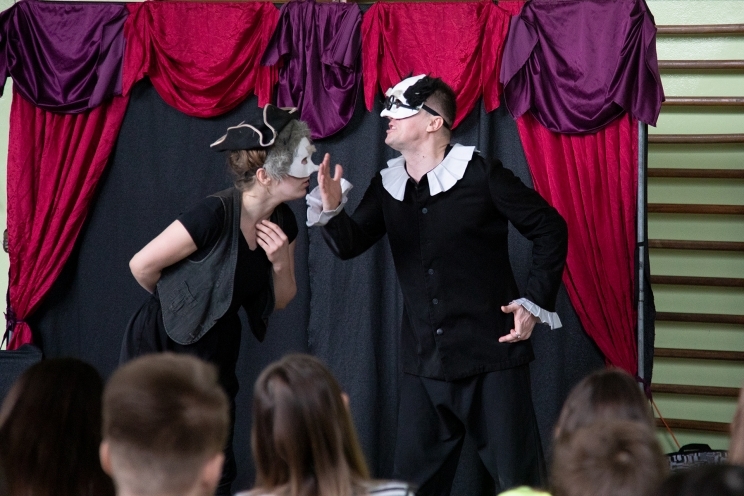 On January 21, 2020, our school hosted actors of the Young Generation Theater from  Bialystok, who presented the adaptation of Molière's comedy "Skąpiec".

In this issue, this reading has gained a new face, and we could feel like in the theater. The three actors faced the archaic text and adapted it in a way that is interesting to modern viewers. The actors starred in masks and costumes from the era. Playing in a limited composition required them to have great mimic skills, mobility and voice skills. Young actors were positively received by students of the Fashion Industry School Complex. The performance was very informative, full of bitter humour. The theater visit turned out to be a useful lesson and an interesting experience for us. Art gave students the opportunity to observe the craft of acting, it was a chance to recall the content and issues of Molière's comedy. And the problems - the role of money in life is still relevant. 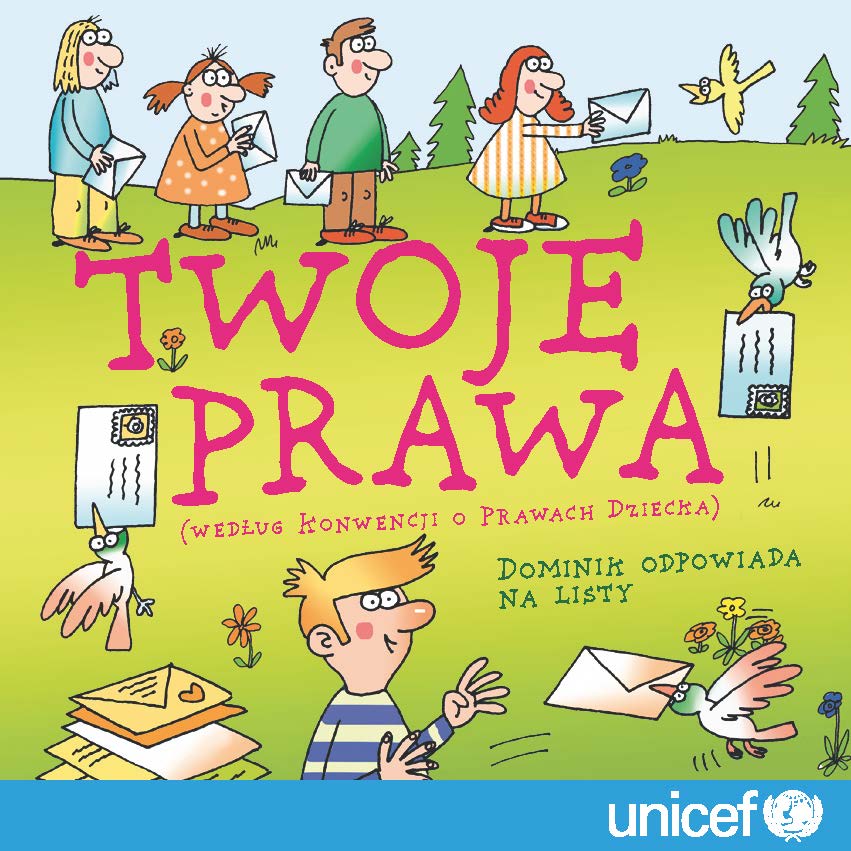 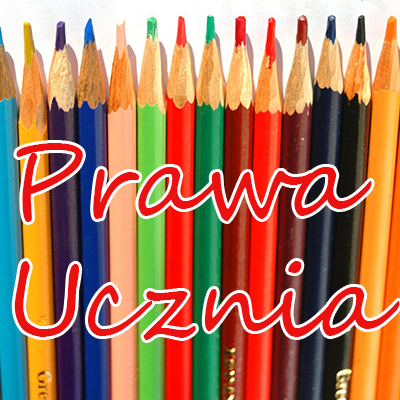 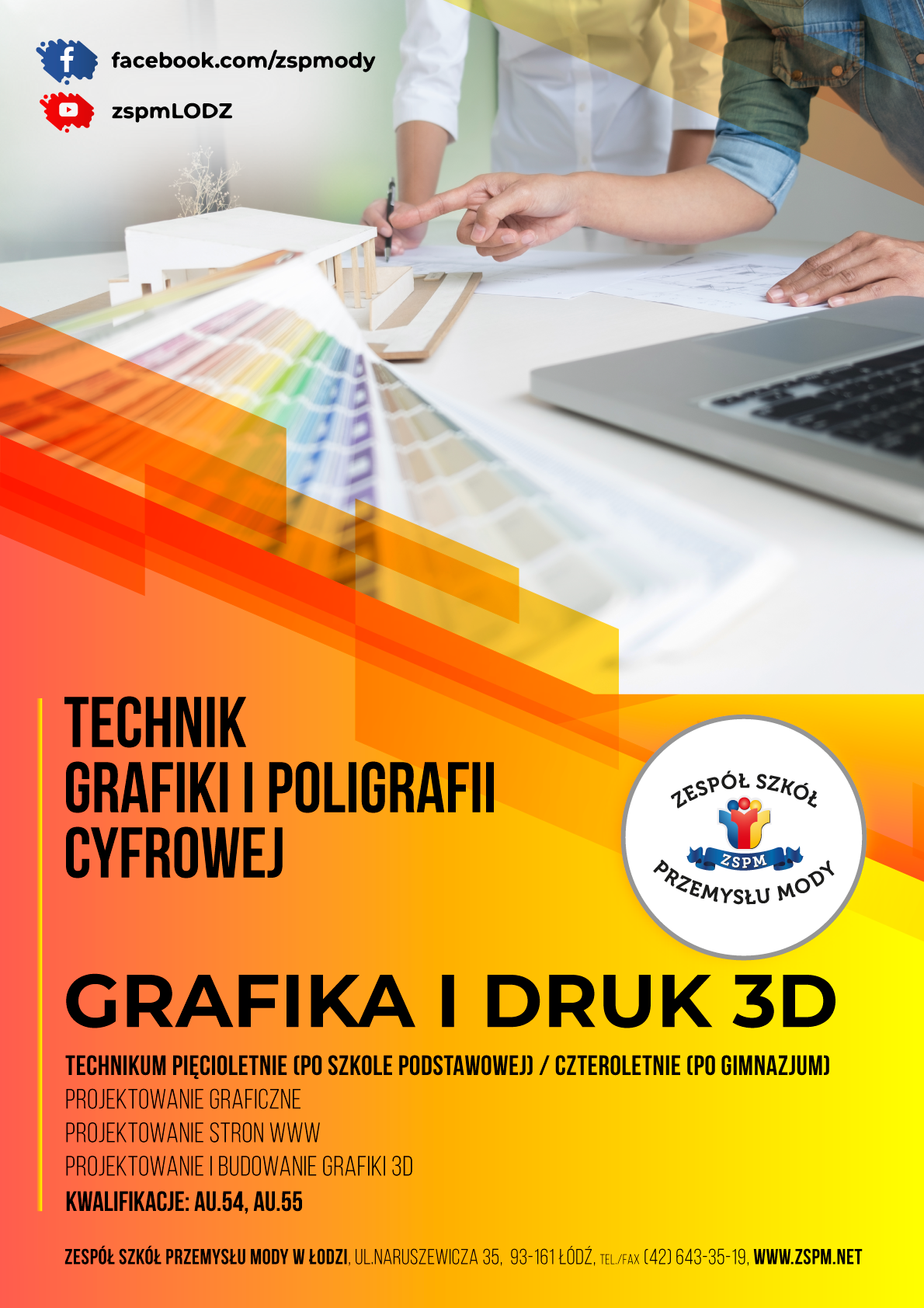 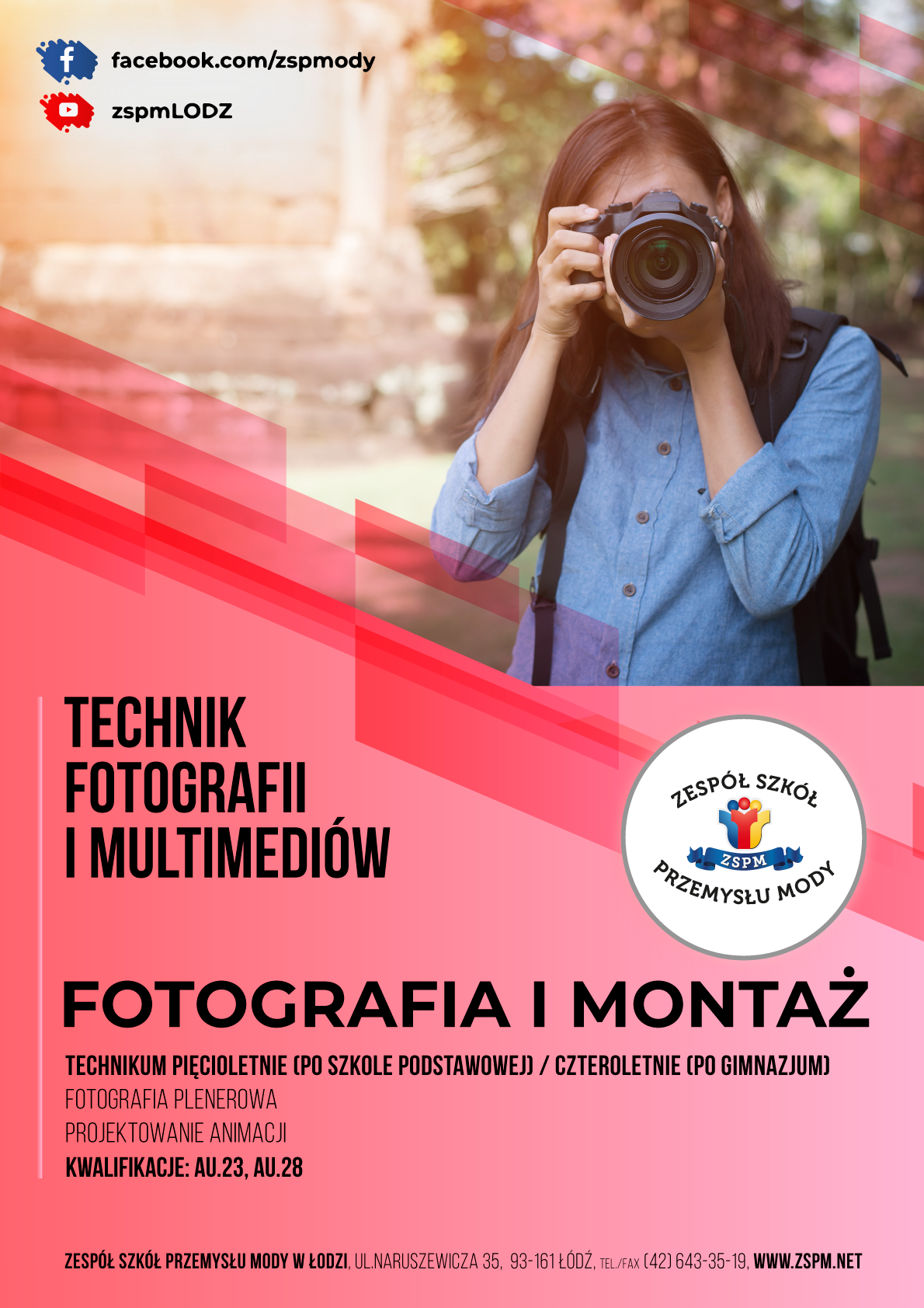 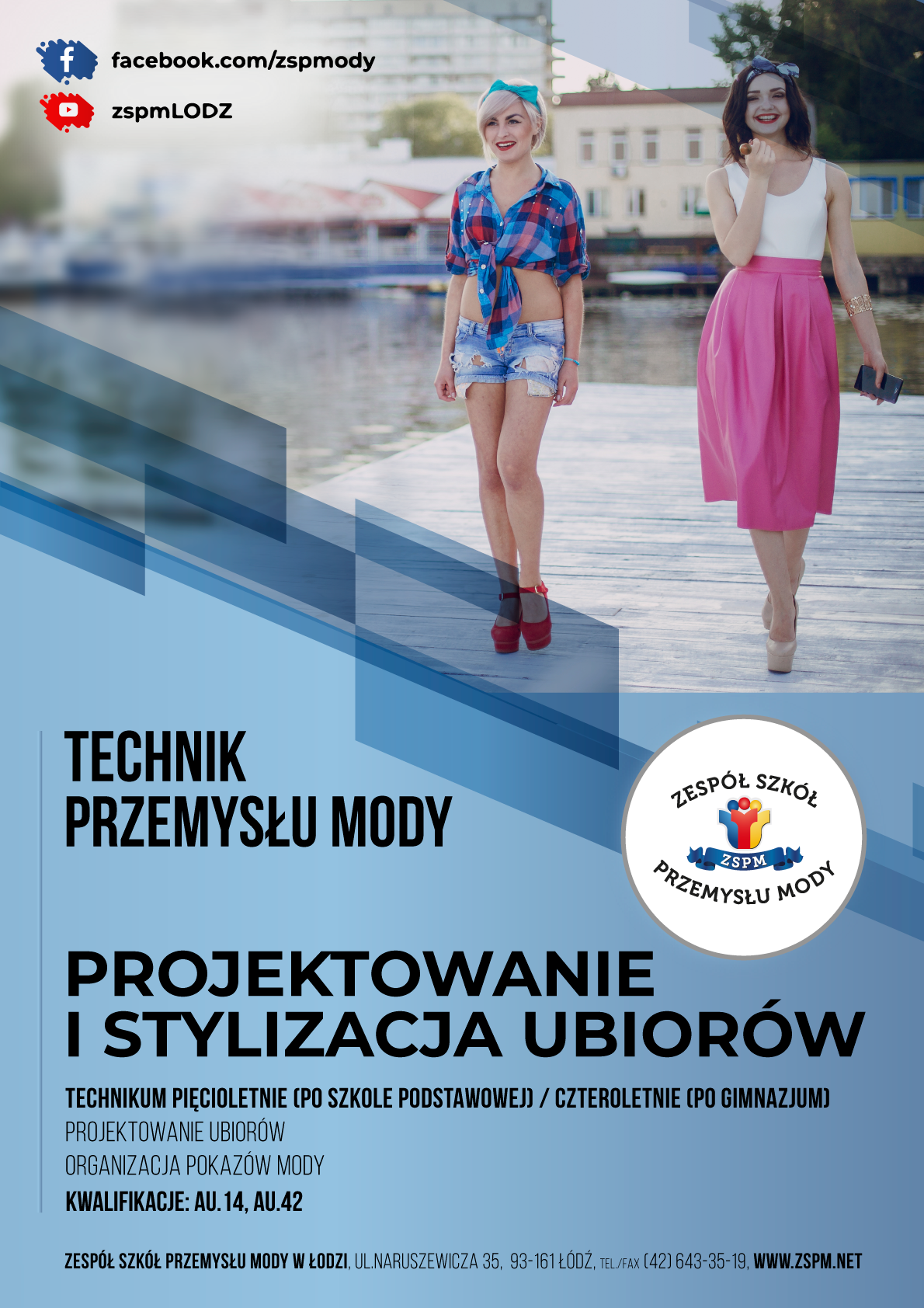 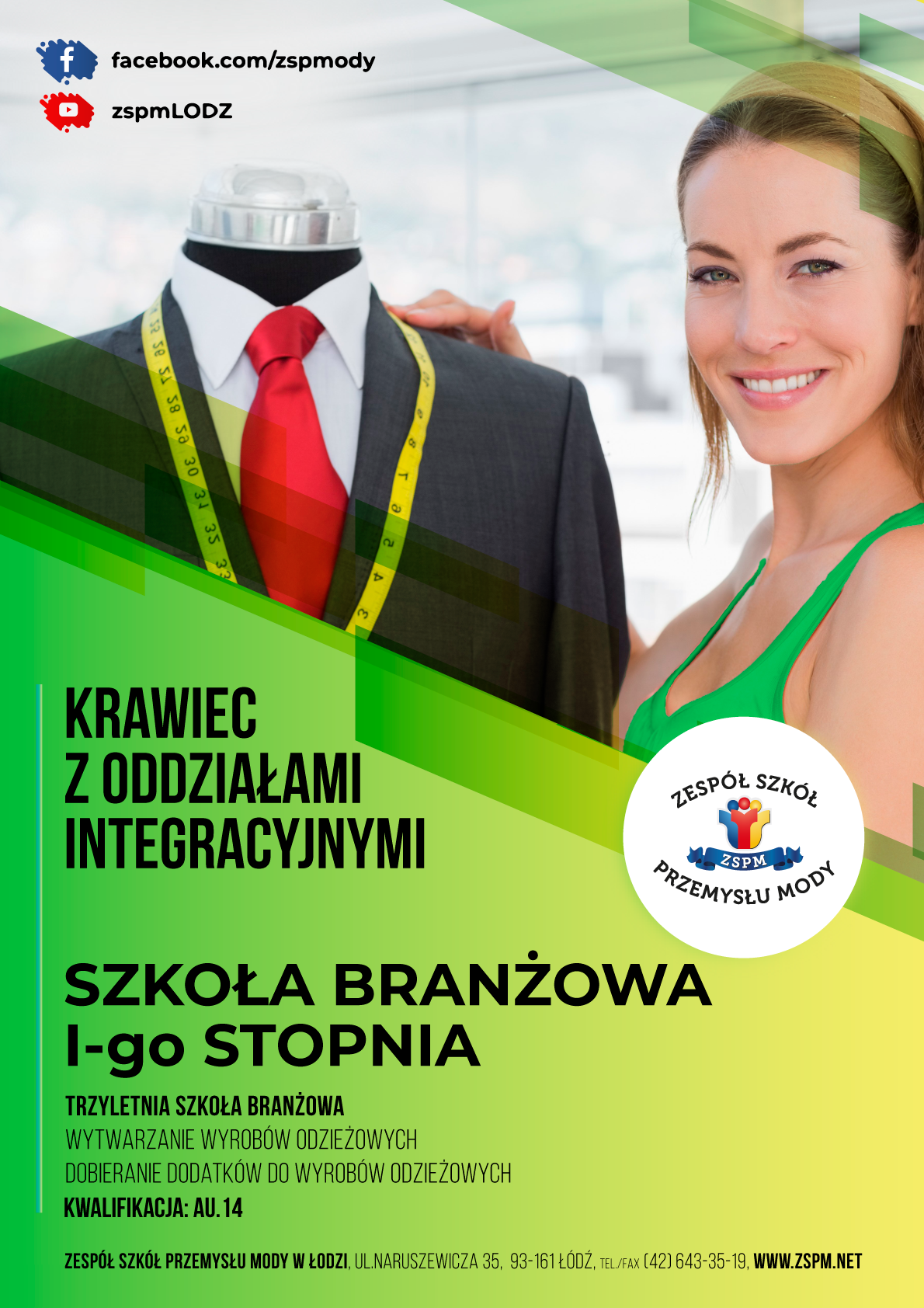 Sewing room only for professionals

The beginning of School Year